Meet the cast of our brand new co-production with Birmingham Rep and Prime Theatre, ‘Penguins’, touring the UK and Ireland February-May 2018

Jack has also appeared on TV, dancing in documentaries hosted by Sir Tony Robinson and televised specials for X Festigal; a national arena concert tour featuring the winner of Israel’s The Voice, Israeli Idol and other Israeli celebrities.

In addition to performing for other dance companies and productions, he worked as an aerial dancer for Wired Aerial Theatre in the production Carmen at Austria’s Bregenz Festival – Opera on the Lake.

Jack is thrilled to be working with Cahoots NI, Prime Theatre and Birmingham Rep; bringing the delightful story of Penguins to life. 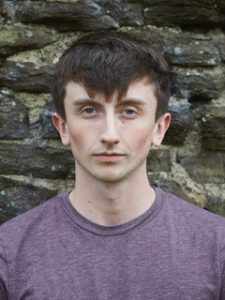 Meilir hails from Ceredigion on the west coast of Wales. He discovered contemporary dance at a youth workshop held at a local theatre – Theatr Felin-fach. By availing himself of numerous opportunities offered by National Youth Dance Wales, Meilir worked with renowned choreographers such as Theo Clinkard and Kerry Nicholls; opportunities that culminated in a performance on the main stage at Sadlers Wells in September 2015. Meilir trained at Trinity Laban Conservatoire of Music and Dance where he attained a BA in Contemporary Dance in 2016. He then continued his studies there, completing an MA in Dance Performance, as part of Transitions Dance Company, working with choreographers Cristian Duarte, Oded Ronen and Charles Linehan.

Since graduating in September 2017 Meilir has worked as a Rehearsal Assistant for Lizzi Kew Ross as she choreographed a piece for third year students at Trinity Laban, featured in an animated marketing video for a property construction company and performed and choreographed a dance sequence for the opera L’enfance du Christ, which was performed in London by the Scherzo company in December 2017. Meilir has a strong background in Welsh folk-dance and is drawn to exploring ways in which dance can build meaningful bridges between various cultures and traditions.

He is very much looking forward to the next chapter in his career with ‘Penguins’ and the opportunity to explore his acting skills and the art of narrative. 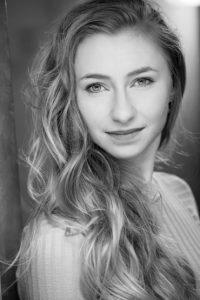 Born in Surrey, Corey trained at Kew Academy of Performing Arts in various dance styles before joining Elmhurst School for Dance where she focused on classical ballet and contemporary dance. After graduating in 2012, Corey joined Tivoli Ballet Theatre, Copenhagen, for Peter Bo Bendixen’s new production of ‘The Nutcracker’, in which she performed the role of Clara.

Since then, Corey has worked with Arthur Pita on his production of ‘The Metamorphosis’ playing the role of Grete Samsa, at the Lindbury, Royal Opera House and Joyce Theatre New York. Then on creation of  ‘The Little Match Girl’ as the title role in 2013 which went on at Sadlers Wells Lylian Bayliss and toured Asia 2014-17. Corey then worked on Arthur Pita’s newest creation ‘Stepmother/Stepfather’ at The Place in London and a tour of the UK.